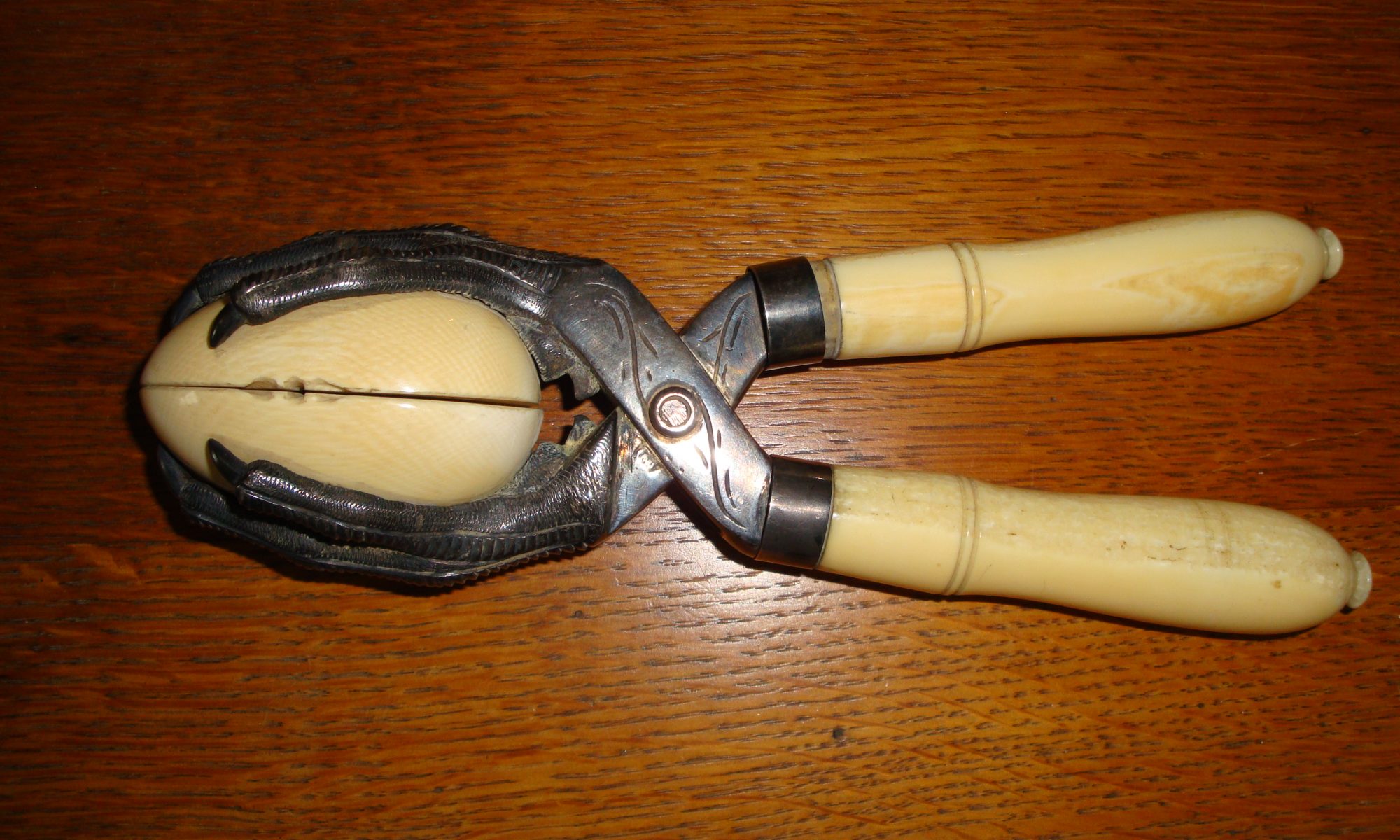 I work 50- 60 hours a week as an Interior Designer and handle estate liquidations on the side. I figure it is better than wasting time watching TV. Besides, if you are having fun, it doesn’t feel like work!

Several years ago, I was liquidating a living estate for a widow whose sons had moved her close to them during her beginning stages of Alzheimer’s. The day I met her was a good day, and she was bright and present. Because she was moving certain furniture items to an apartment in North Carolina, the dining room table was full of displaced items. There was a pair of silver and ivory tongs on the table that were particularly intriguing. I called the son and asked if his mother or he remembered anything about this item, because I felt it might be significant. They did not know what I was speaking of and told me it must have been some of her late husbands’ family items. (She loved her things and thought his things were just stuff!) I asked permission to pull them from the sale and do some research when time allowed.

After the sale was conducted, I looked up the mark “M. Price S. F.” I found that the item was made by Michael Price, a well known knife-maker during the gold rush in San Francisco. There was a push dagger that had brought $13,000 in 2008, but Price was known for knives, and the economy has crashed in the meantime. I spent months contacting people who knew people in the San Francisco antiques market looking for a potential buyer. After several months of trying to get a call back from Bonhams auction house in San Francisco, they answered and agreed to consign the item into their November armament auction, with an estimate of $3000 to $5000.

Having felt that I had done the best for the client, I worked in a nearby town the day of the auction. When I returned to the office, I logged onto the Bonhams website to check the results. Anyone within three miles heard me hoop and holler that day when the “lime squeezer” fetched $29,000! When someone asked me how often this happened to me, I answered, “once in a lifetime” and I had my turn. I hope I am wrong. I am out there looking for lightning to strike twice!